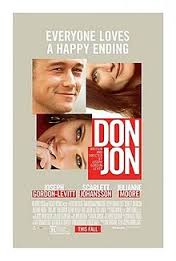 What a highly anticipated, high expectations, great trailer movie, and it started all great and hot and heavy, only then to drag on without direction and all of a sudden, threw a bucket of ice on the head!

The trailer has the best scenes and lines, unfortunately. And even it was only 1:30, it felt longer with the lack of complexity of a storyline / plot.

Sadly after the climax of their episodes, the movie dragged on as Barbara was really a demanding and controlling woman and believed every romantic movie was real.

The movie continued to drag on and then introduced Julianne Moore’s character, Esther. That’s when you should leave the theater as it went downhill and to hell.

Levitt’s accent was quasi Jersey and Johansson’s was more like Russian. Tony Danza was an off beat distraction and so were Don Jon’s friends.

There’s simply not enough development of the characters’ backgrounds. There’s no telling what each character does for work, and only a handful of scenes of the families without elaboration. There’s almost too little of Julianne’s background especially considering her screen time in the movie. That made her part less believable. The choppy editing and lack of continuity of the script at times make you ask questions during the movie.

One must wonder if this flick would be more appropriately named as “The real Levitt – the secret addiction to older women” or “The happy ending of being commitment phobic”!

There’s no chemistry between Levitt and Moore and it was just too forced, even they looked like they tried very hard to enjoy each other.

The plot was almost as if this were a romantic comedy, that if you found the right person, you would enjoy the missionary position. Or from Don Jon’s point of view, as long as there’s no commitment, he’s one happy person.

The part where Julianne was looking into Levitt’s eyes and supposedly to find him more attractive than the physical level, it looked as if she saw someone else in him. That was an awkward taste.

Comments Off on Don Jon (Movie)