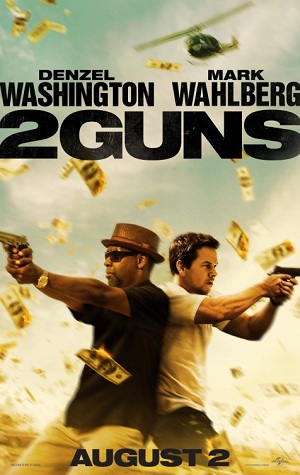 A movie about 2 undercover agents accidentally crossed each other, a movie where good guys gone bad, and bad guys, oh well, still bad. It’s got some funny lines and an okay plot if you want to see lots of ammos and familiar scenes.

Washington certainly is typecast as either being in the law enforcement or being targeted by one while Wahlberg was like Pain & Gain, again, with his jokes and silly looks, and killed people without conscience with some odd exceptions.

From straightly a movie point of view, the 2 did have some good chemistry together. But the 1 hour 49 min movie was just a bit too long.

Usually good guys win at the end by getting their names cleared from a crime but never anything else. This movie broke that rule and letting the 2 be the bad guys for once. Ultimately, they became the dirty ones too.

Comments Off on 2 Guns (Movie)